Abstractionism is one of the complex forms of painting, the understanding of which requires a deeper understanding and certain knowledge about the history of fine art. The absence of objects and recognizable images is not just a whim or a provocation, it is a special artistic «language» formed as a result of the natural evolutionary development of painting. And as the primary means of expression of this language are color and form, and realistic details fade into the background.

The emergence of abstract art was preceded by a number of artistic phenomena that, to varying degrees, demonstrated the rejection of external similarities: impressionism, expressionism, fauvism, cubism. The emergence of photography allowed artists to finally free themselves from the role of «observer» and move on to bold visual experiments. In addition, many abstractionists were greatly influenced by music and the techniques used in it. After all, a piece of music that is not accompanied by singing and does not have a specific plot interpretation is precisely abstract art in its purest form.

The idea of synthetic art — synthesizing musical and visual means — has long dominated the minds of philosophers, artists and musicians. Inspired by the philosophical reflections and creativity of Arthur Schopenhauer, Richard Wagner, Arnold Schoenberg, the painters set about expanding the possibilities of the visual arts. František Kupka, Robert Delaunay, Wassily Kandinsky, Paul Klee revealed to the next generations that correctly selected combinations of colors, lines and figures can have no less emotional impact than a piece of music.

In this vein, the work of abstract artists with synesthesia is of particular interest. This ability expands the boundaries of perception, since when one sensory organ is irritated, for example, hearing, irritation occurs in another, for example, vision. In fact, such people can «see» music or «hear» colors, which sometimes finds a way out in unique musical and pictorial creations. There is biographical evidence that composers Franz Liszt, Alexander Scriabin, Nikolai Rimsky-Korsakov, Gyorgy Ligeti, Olivier Messiaen, Jan Sibelius, Duke Ellington possessed this ability.

A type of synesthesia in which the sounds heard are colored in a specific color is called chromosthesia. Owners of such a subtle color and sound perception create amazing abstract canvases that reveal amazing visual and sound parallels.

The Russian synesthete artist Wassily Kandinsky is called the founder of abstract painting. Various musical impressions were repeatedly embodied in his paintings. For example, Impression III (Concerto) was written under the impression of a concert in which works by Arnold Schoenberg were performed.

Will Gompertz in his book «Incomprehensible Art. From Monet to Banksy „characterizes this picture:“ The large black triangle in the upper right corner symbolizes the grand piano, which attracts the audience like a magnet (in the lower left corner). The piano and the audience are connected in a single line that cuts the picture diagonally. The bottom right corner is completely filled with bright yellow, which conveys magical piano sounds.”

The author calls the later painting of Kandinsky «Composition VII» the highest point of the author’s artistic biography and compares it with a symphony:

It is a well-known fact that Kandinsky played the cello and this instrument was associated with a dark blue color. He also said: "The color is the keyboard, the eyes are the hammers, and the soul is a piano with many strings. An artist is a playing orchestra that touches one key or another to cause vibrations in the soul."

British artist Jane McKay creates renderings of classics in her own unique manner. Jane has no less close relationship with music than with painting, because she knows how to play the oboe and sings in the choir.

Prokofiev — Piano Sonata No. 7 in B flat major 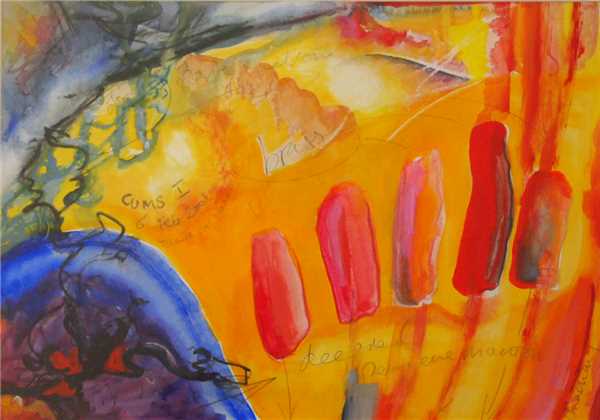 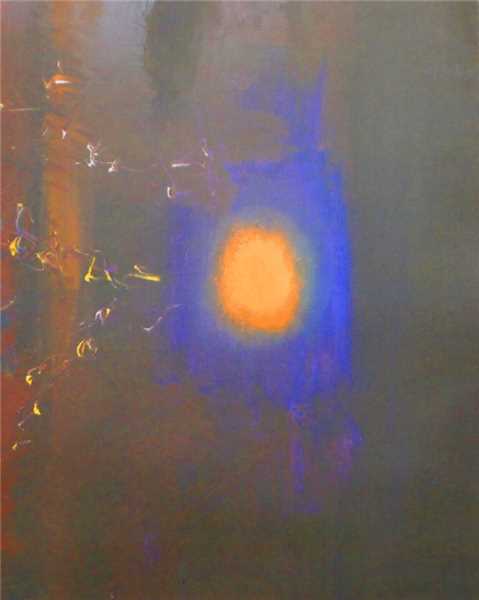 American artist Melissa McCracken also masterfully captures the emotions of listening to music on canvas. «The music I hear is a mixture of colors, textures and movements,» explains Melissa. The artist’s illustrations serve as a visual embodiment of many well-known contemporary compositions.

Arcade Fire — My Body Is A Cage

Obviously, for an artist, music feels like a moving stream of colors. Harder-sounding rock compositions with a predominance of minor and dense chords find expression in a corresponding intense palette of colors with contrasting combinations of shades. For solo piano compositions, the artist chooses a lightweight translucent color scheme.

Synesthete Svetlana Bunyakina interestingly describes her own experience of listening to music: «The intensity of perception also depends on the genre. The most expressive genre is ambient, involuntary images are so vivid that they can become uncomfortable. And rap is almost colorless. This is largely because they speak, not sing, and only the beat gives the color. ».

Renowned musician, artist and writer Dmitry Matkovsky also possesses the gift of synesthesia. He has a special addiction to space and silence, one of his favorite sayings is «Silence is the mother of music, where colors are notes».

Can that makes the Noise 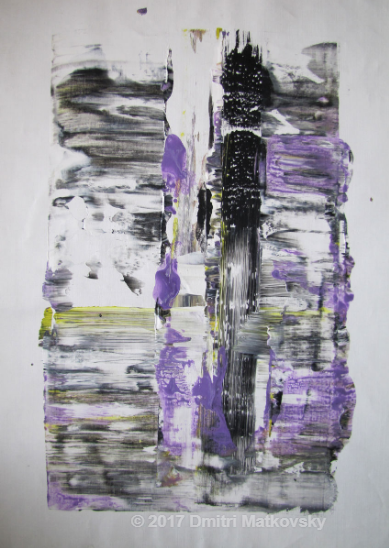 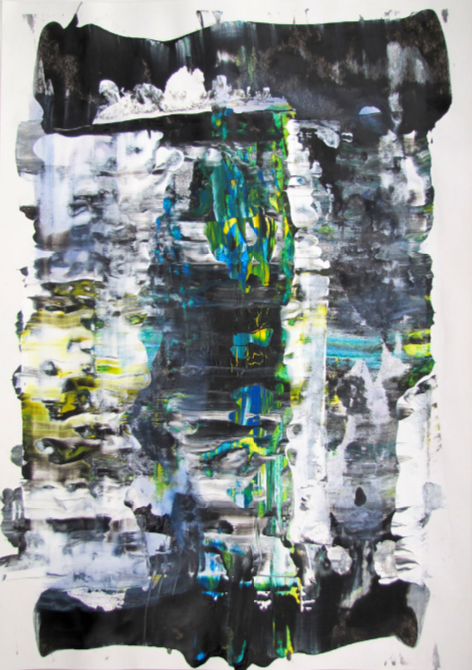 Pink Floyd — The Great Gig In The Sky 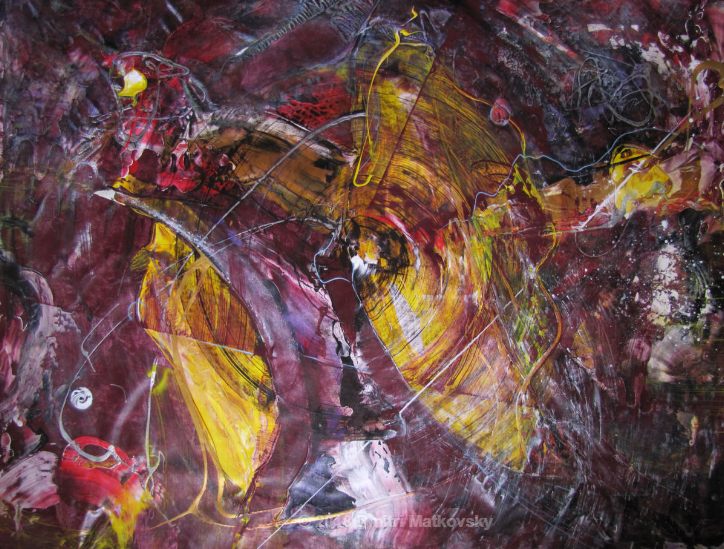 Creedence — Have You Ever Seen the Rain 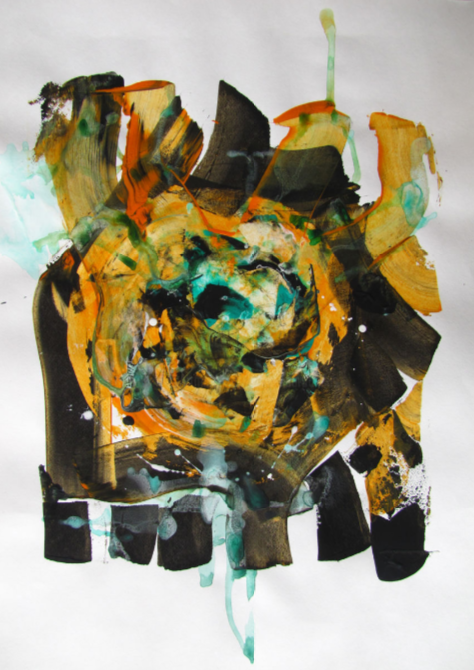 The phenomenon of synesthesia has not yet been fully studied, and the work of synesthetes causes genuine surprise and curiosity. The only thing that can be unequivocally defined is that for some, synesthetic experiences have become an inexhaustible source of inspiration, and understanding of the works of synesthetes is available only to people with more open views of art and a broader creative outlook.

Return
This site uses cookies to ensure correct operation. By continuing to use the site, you agree to work with these files
More details
Accept